Today is Pentecost, a day when we celebrate the birth of the Christian church and the coming of the Holy Spirit.
In 2020 in America this day those of us who are white are convicted of our sinfulness. We are complicit in a system in which white privilege and racism resulted in the horrific death of George Floyd, a black man who was murdered by police officers.
When the day of Pentecost had come, they were all together in one place.
When the day of Pentecost came in 2020, everyone was in their home because of the pandemic.
And suddenly from heaven there came a sound like the rush of a violent wind, and it filled the entire house where they were sitting.
And suddenly they realized, like the rush of wind surrounding their homes on this windy day, God is still present, even when they cannot attend worship in a beloved building, right there with them in their homes.
And deep in their hearts they heard the words of George Floyd:
"I           can't           breathe."
And the miracle of the Pentecost wind touched them through breath--through the breath of the Holy Spirit--the loving, mourning Parent-God who made George Floyd and cherished him--the Maker who knit George Floyd together in his mother's womb.
Divided tongues, as of fire, appeared among them, and a tongue rested on each of them.
Fires were breaking out in cities across America, as people protested, some in masks and some not, calling for--demanding justice for George Floyd and too many others who have been oppressed and harmed and killed simply because of the color of their skin.
All of them were filled with the Holy Spirit and began to speak in other languages, as the Spirit gave them ability.
All of them were filled with the Holy Spirit and given the ability to speak out--resisting evil, injustice and oppression in whatever forms they present themselves--to stand up for their black brothers and sisters--to kneel down beside their human kin.
Now there were devout Jews from every nation under heaven living in Jerusalem. And at this sound the crowd gathered and was bewildered, because each one heard them speaking in the native language of each. Amazed and astonished...
Now these were devout people of many faiths watching the news. And at the sound of the Latino CNN crew being arrested while white news crews were waved on, they were bewildered. They began to understand firsthand what had been spoken by the activists for so long. Things must change and we ALL must participate in that change. They were amazed and astonished at the powerful truth of this new understanding.

...this is what was spoken through the prophet Joel:
“In the last days it will be, God declares,
that I will pour out my Spirit upon all flesh,
and your sons and your daughters shall prophesy,
and your young men shall see visions,
and your old men shall dream dreams.
People who had never protested before painted signs and carried them in the streets.
People who were afraid to stand up for what they knew was right began to find their voice.
People began to share the dream described by Martin Luther King, Jr. "I have a dream that one day this nation will rise up and live out the true meaning of its creed: 'We hold these truths to be self-evident, that all men are created equal.'"
Even upon my slaves, both men and women,
in those days I will pour out my Spirit;
and they shall prophesy.
And I will show portents in the heaven above
and signs on the earth below,
blood, and fire, and smoky mist.
The sun shall be turned to darkness
and the moon to blood,
before the coming of the Lord’s great and glorious day.
Then everyone who calls on the name of the Lord shall be saved.”
Police officers began to kneel beside protesters and apologize for their colleagues' sins.
God poured out the Spirit--the Comforter--the Advocate upon all the people and they began to understand their own roles in comforting their neighbor and advocating for them--resisting evil, injustice and oppression.

‘You that are Israelites, listen to what I have to say: Jesus of Nazareth, a man attested to you by God with deeds of power, wonders, and signs that God did through him among you, as you yourselves know— this man, handed over to you according to the definite plan and foreknowledge of God, you crucified and killed by the hands of those outside the law. But God raised him up, having freed him from death, because it was impossible for him to be held in its power. ...
The church understood that it was not the walls of a building but the followers of the One who was also unjustly killed and raised from the dead.
Peter said to them, ‘Repent, and be baptized every one of you in the name of Jesus Christ so that your sins may be forgiven; and you will receive the gift of the Holy Spirit. For the promise is for you, for your children, and for all who are far away, everyone whom the Lord our God calls to him.’ And he testified with many other arguments and exhorted them, saying, ‘Save yourselves from this corrupt generation.’
The pastors called the people to repentance-- to remember their baptism and be bathed in the Holy Spirit--to understand the promise of transformation is for this society, reminding them to save themselves from the corruption of this racist system by recognizing their complicitness.
They devoted themselves to the apostles’ teaching and fellowship, to the breaking of bread and the prayers.
The people devoted themselves to the loving teaching of Jesus Christ, entered into fellowship with the least and the lost and invited the last to be first, relinquishing their own places at the head of the table and top of the corporate ladder.
...All who believed were together and had all things in common; they would sell their possessions and goods and distribute the proceeds to all, as any had need. Acts 2 (NRSV)
And they didn't just do this with their prayers...
or their words...
or their hopes...
They gave of themselves.
They did it with their actions...
and their wealth...
and their security...
and their privilege...
They gave it away
to ALL, as any had need.
God bless you.
Rev. Cheryl L. Meachen

The Rhythm of Love

Grace and peace, dear one.

I was asked to provide the devotions for our District Clergy Meeting this past week and I wanted to share those thoughts with you:

Jesus Christ is the same yesterday and today and forever.

And from poet, Mary Oliver, A Thousand Mornings


​I go down to the shore in the morning
and depending on the hour the waves
are rolling in or moving out,
and I say, oh, I am miserable,
what shall—
what should I do? And the sea says
in its lovely voice:
Excuse me, I have work to do.

We may be tempted, during the stress of staying home and worrying about coronavirus, since life has changed so dramatically, to worry. But Jesus reminds us in Matthew that "the lilies of the field, they toil not, neither do they spin." We don't need to spin in our fear and anxiety. We know the risen Christ. We know the One who is as near as our own breath, as steady as our heartbeat, as relentlessly present as the waves of the sea. We can be confident in the presence and persistence of God's love. We can relax in the soothing rhythm of the promise of eternal life.

​I go down to the shore in the morning
and depending on the hour the waves
are rolling in or moving out,
and I say, oh, I am miserable,
what shall—
what should I do? And the sea says
in its lovely voice:
Excuse me, I have work to do.

Jesus Christ is the same yesterday and today and forever.

Join us for worship at Wesley UMC - Concord NH

A Moment of Grace: a short daily devotional with Pastor Cheryl during Le... 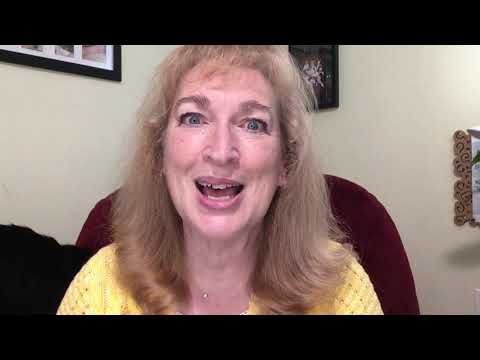